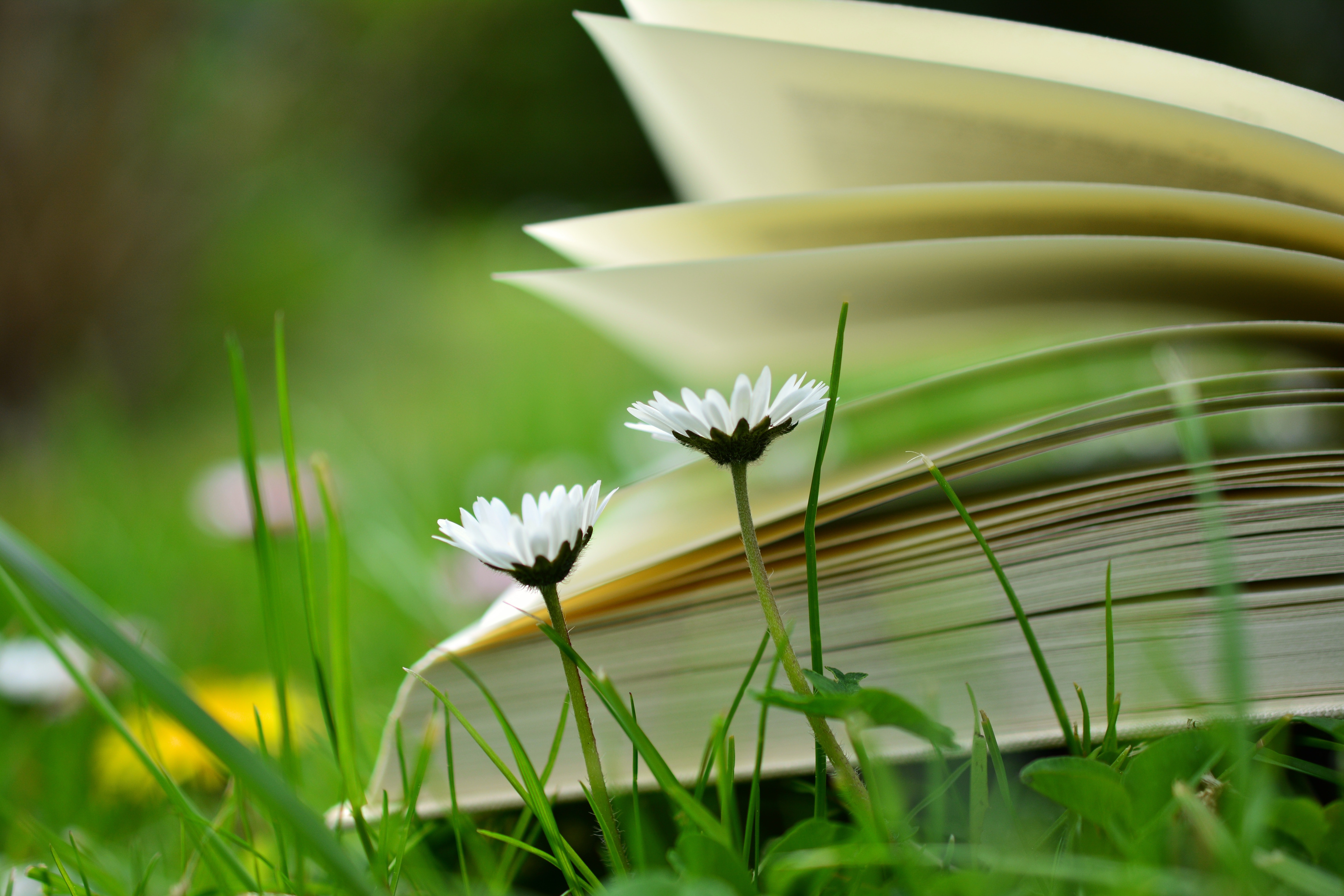 Snider Therapy is fully committed to our patient’s visual and perceptual needs. Our staff strives to help each patient obtain their visual goals. We are pleased to have the opportunity to share some of the successes our patients have experienced.

When Allie started vision therapy she would never cuddle. She never carried on reciprocal conversation. She walked way up on her tippy toes. She wrote her Xs to look like Ts. She was very clumsy. She loved to sing, but she was so tone deaf you didn’t want her to! She couldn’t cross her eyes at all. She got in trouble EVERY day at school, and she didn’t know how to read AT ALL!

Fast Forward 10 months and Allie won’t stop cuddling and loving on her family! She not only carries on reciprocal conversation, but instigates it! She is walking flat footed!!! She writes all of her letters correctly! She no longer trips and spills! She still won’t win any Grammy’s but she can carry tune now! She can cross her eyes better than I can! She has been on “Green” all year, and is handling her emotions properly!! Finally, Allie can now read level 1 books all by herself!

She has changed so much since we started. I had to look back in my notes to remember what she was like, because she is a different girl today! When Miss Kim told me to keep notes I was a bit skeptical, but looking back I’m very glad I took her advice. It is amazing to see the progress she has made. There were definitely some tough times, and some days she seemed to be getting worse rather than better. I was hesitant to believe them when they said she would get worse before she got better, but of course they were right, and she did! Allie worked hard for Miss Elizabeth at Snider, and for me during home therapy. Even though it tried my patience I stuck to doing the home therapy with her. I can’t imagine doing what the ladies at Snider do every day. They are so patient, and love the children they are helping! Miss Elizabeth and Miss Kim worked so hard to keep Allie engaged and made therapy fun for her. They always offered support and encouragement, which was invaluable on days that were a struggle. We are so thankful for these women, and so blessed to have found Snider Therapy!

But to fully understand these improvements you need to know where she was when we began Vision Therapy.

Madi was born prematurely and diagnosed with developmental delay at 3 months of age. Everything was difficult for her. It was like you could tell something wasn’t right but couldn’t put a finger on what it was. Because she “looked” normal an didn’t have some of the main autistic characteristics the Doctors would say, “ it’s just how God make her – take her home and enjoy her.”

She never crawled but learned to roll everywhere she wanted to go at 6-7 months. Learned to sit at 9 months and walked around 14-15 months of age. Speech was delayed and vocabulary was small compared to other children the same age. Early Intervention began at age 3 with speech and occupational therapy. Preschool at age 4, repeat preschool at age 5, teachers said she just wasn’t getting it and needs more time. Kindergarten at age 6, school administrates want her to repeat. During the summer we had private testing done for Madi – she had an IQ of 110, tested positive for all 5 types of dyslexia, diagnosed with ADDHD given medication, and began the school year with her first cure all IEP. 1st Grade – disaster, too many distractions, a teacher that didn’t was to teach any child that needed extra help, couldn’t remember ABC order, can’t remember nursery rhymes or short songs, etc. Becoming extremely nervous and self-esteem dropping. Did not learn to read. Administration again recommends repeat 1st Grade which we did. 1st Grade again, different teacher but no improvements. (When will the schools learn it’s not a maturity issue if I’s been 2 years and your leaning capabilities are the same – that’s a learning problem and those kids need to be taught differently not the cookie cutter format). 2nd and 3rd Grade – same struggles, different year. School eye exams began and Madi fails every exam every year. Eye Doctors, both the optometrist an ophthalmologist say, “Mom there is nothing wrong with her eyes – she can see – maybe she just doesn’t want to learn,” If they had known Madi at all, they would have done their job better and investigated further, because no one tries harder or has more desire to fit in and learn than Madi.

4th and 5th Grade same old song and dance. 6th Grade finally found an Eye Doctor that ask the correct question. Not can you tell what letter that is, but IS IT CLEAR? Result; -4.5, -4.25 sight. Madi needed glasses, couldn’t even see the blackboard at school and no one caught it. Madi had learned to adapt very well to her poor vision because it was all she had ever known. Now we see some slight improvements in school. Go back to Doctor to be fitted for contacts and another life changing discovery. Madi’s eyes were not tracking correctly, jumping all over the place and wouldn’t move together consistently. Result; We were referred to snider Vision Therapy. Results of Madi’s initial testing with Snider Vision Therapy – field of sight was about the size of a cardboard paper towel roll. (this explains so much in Madi’s life) Eyes and Ears not working together or even at the same time.

Imagine sitting in class looking at the blackboard, cover one eye and write down what you see and then cover the other eye and write down what you see, when you look at what you have written it’s just a bunch of jumbled up random words that don’t make sense – same thing was happening with her hearing. Listen to someone read a passage as you alternate covering your ears and then try to repeat it back.

So Our long journey with Snider Vision Therapy begins. After 96 sessions and 2 and a half months of iLs, I am pleased to say that Madi has become a very well balanced TYPICAL (love that word) teenage girl. She is able to do and attempt everything that her own age peers are doing. Grades have went form C, D, and F’s to A – B Honor Roll. We still have an IEP in two subjects but very well may test out this year. She marches in the Band; can hit and catch a ball for sports, skates, hover-boards with grace, is learning to drive – will be 16 in October. (#terrifiedMom). Her future is bright thanks to all Her hard work including Vision Therapy homework and understanding that it is a lifelong process, and the caring guidance of the Snider Vision Therapy Staff.

P.S. We finally got an explanation for all Madi’s struggles. She wasn’t an underachiever, wasn’t slow, wasn’t immature. She has a very rare genetic syndrome called MED-12. It usually affects only males and results in profound disabilities and mental retardation. Madi, being a female, had an extra X chromosome that results in her symptoms being much less in severity and different from the boys. As of her diagnosis, she is the only female in the World wide database of genetic disorders. Truly ONE OF A KIND. It turns out the way God make her was just perfect after all.

Hanna has shown great improvement in the following areas:

Vision therapy is no small thing and since beginning Vision Therapy, we have seen huge improvement in the lives of every member of our household, thanks to daily Vision Therapy practice. Davis now eaily falls asleep every night, without someone having to be with him. No tears. No drama. He falls asleep quickly and stays in his bed all night, or if he does get up, he no longer has to wake us up to get settled back in. We are all regularly well-rested. No small thing. Davis’s self-control is miles improved, in regard to adapting to change, interacting with family members and keeping his cool during schoolwork. His frustration threshold is so much better. His anxiety is dramatically improved. His school performance is much easier to accomplish; for instance, he regularly scores C’s on practice tests, where he used to fail everyone, or he does better. Last school year, his only A was spelling because we mostly do that orally. I don’t remember the last time we both cried doing schoolwork out of frustration as it used to happen at least once a day. His reading comprehension and handwriting are effortless now. We are all so much happier, calmer, and united as a family and forever grateful for saying ‘YES’ to Snider Therapy. I forgot to mention new math concepts coming easily, too, since it’s so much easier now! Thanks y’all!

Samuel used to struggle with reading. Occasionally he would pick up a book he wanted to read, but would give up within a few pages. Now he reads all the time. It’s like he’s making up for lost time. His reading is still a little slow, but he’s enjoying books. I expect him to catch up in all his reading and writing now. I also think he is getting frustrated less often in everyday life. He was really struggling in some things before, but it’s like a curtain has been pulled back now.

Before we started Sensory, Erin was having trouble focusing and listening. She wasn’t sleeping good. She would get frustrated with not only school work, such as reading and spelling, but simple everyday tasks at home.

We feel like we have our child back and we are so proud of her. We are more than excited to see where the next phase of her therapy takes her.

2017 was a tough year. I experienced quite a bit of depression, anxiety and OCD-like behaviors. After Sensory Learning , calm and peace returned well, actually, I felt peace and joy by the 3rd day of Sensory Learning. I am able to handle day-to-day tasks without feeling so stressed and anxious and am able to smile and enjoy my children and pregnancy. I absolutely recommend Sensory Learning!

Sam has definitely gained more stamina since beginning sensory therapy. He used to fall asleep every day at school at the end of the day, and now he doesn’t do that at all. He isn’t tired until bedtime! He has also gained confidence in reading and is showing more of a desire to read, instead of showing resistance or putting up a fight about it. He has improved in his memory and tracking as well.

I can pay attention easier at school, and don’t zone out. It’s easier to focus on tasks and not get distracted. Also, I can finally comprehend what I’m reading. I also noticed better navigation skills/sense of direction.

She has been more calm and focused lately. I also noticed she has started to try to read without being prompted by me first. It seems like she can already see things better than before we started.

Brooks is able to describe stuff more. Brook’s fits don’t last as long. He is able to go into stores which was not easy for him before therapy. Brooks is talking more and carrying on conversations.

Elle Reese has started to sleep much better at night. She sleeps through the night whereas before she woke up several times at night. She is a lot less anxious and more willing to try new activities. She seems a lot more relaxed and happier in general.